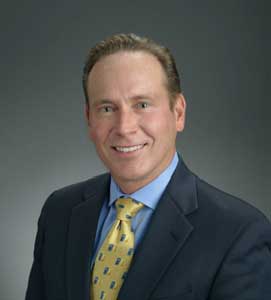 Frank Parrish is the former Chief of Police at Montana State University and was the lead change agent for continuous improvements to campus safety.  Montana State is the largest University in Montana with 17,000 students and more than 4,000 employees. Chief Parrish made significant improvements to campus safety by building a strong team and instituting innovative ideas. He made significant technical and operational improvements while reducing expenses. He revitalized morale, reduced crime, and modernized the department in his first two years.  Chief Parrish was recognized by University leadership and the community for his proactive approach to enhancing safety and developing strong partnerships. He received the ASMSU Distinguished Partner Award in 2018 for his contributions to student success.

Chief Parrish graduated with distinction earning a Bachelor of Arts degree in Business and Human Resources Management from Simpson University.  He has completed the FBI Law Enforcement Executive Development training, is trained as a Peace Officers Standards and Training (POST) certified instructor and is Montana POST certified to at all levels to include Administrative certification. His continuing education includes: Command College, Budget Management, Project Management, EEO Investigations, Law Enforcement Auditing, FEMA National Incident Management System certifications, and crisis communications. He holds a current Secret FBI security clearance, is a member in the Association of Threat Assessment Professionals, and the National Center for Spectator Sports Safety and Security.

A U.S. Air Force veteran, Chief Parrish began his policing career in 1981. Following military service, Chief Parrish worked for the California Department of Corrections and in 1990 joined the California Highway Patrol. He began in Los Angeles County and moved to various locations throughout California as he quickly promoted through the ranks. He served as a commander of five field commands rising quickly to the rank of assistant chief. He completed his career with the California Highway Patrol in 2013 while overseeing the statewide Office of Internal Affairs.

In 2013, Chief Parrish spent two years as a special consultant to the California Health and Human Services Agency Secretary; working with the Office of the Inspector General and the State Legislature to develop a law enforcement oversight office. This innovative office provided critical oversight for the rebuilding and accountability of 10 police departments within the State Hospital and Developmental Services campuses.