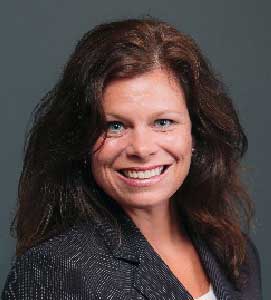 Adrienne Meador Murray began her career in municipal law enforcement as a civilian employee with the City of Richmond Police Department (Virginia). She graduated from the Virginia Commonwealth University Police Training Academy and began her career as a sworn police officer for the University of Richmond (UR) Police Department (Virginia).  At UR, Murray progressed through the ranks from a night shift patrol officer to Operations Lieutenant (overseeing criminal investigations, crime prevention and patrol) over the span of a decade before becoming the Chief of Police at Davidson College in North Carolina.  Most recently, Murray served as Chief of Police at Trinity Washington University (in Washington, D.C.). In January 2014, Murray joined the National Association of Clery Compliance Officers & Professionals (NACCOP) and serves as the Director of Training and Compliance Activities and D. Stafford & Associates (DSA) where she currently serves as Executive Director, Equity Compliance and Civil Rights Services after having been affiliated with D. Stafford & Associates as a part-time Associate since 2012.

As the Executive Director, Equity Compliance and Civil Rights Services for DSA, Murray builds on her 17-year career in law enforcement in which she became a nationally recognized expert in the field of best practice postsecondary institutional response to the sexual victimization of college women in the United States and in Canada. She is also a trained civil rights investigator and is well respected throughout the country for her ability to aid institutions in understating how to do best practice criminal and civil rights investigations concurrently. She is well known for her work in having provided support, advocacy and criminal investigative services for victims of sexual assault, stalking and intimate partner violence and is a sought-out speaker and investigator.  She has expertise in the construction of best practice law enforcement standard operating procedures and training police officers to respond in best practice and trauma-informed ways to victims of sexual assault and intimate partner violence. In her current role, Murray coordinates curriculum development and instruction for national classes, including basic and advanced sexual misconduct investigation classes; an investigation of dating violence, domestic violence and stalking class; and a Title IX Coordinator/Investigator class offered through D. Stafford & Associates. To date, Murray has trained more than 3,500 criminal and civil rights investigators throughout the U.S.